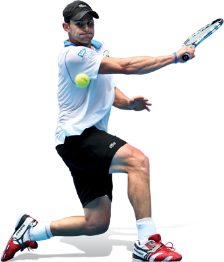 March 6 2016: ITS Beeyong Sison NorCal U.S.A. - I was a recipient of a player-equipment sponsorship from Babolat in France during my maiden European trip in 1979. The support ran until my retirement from the ATP circuit in 1984.

While playing the tour, the company generously supplied me with their VS natural gut-strings. Eight to 10 frames all chorded with the best quality strings. They were specializing solely on high-quality and expensive strings. I also sent my rackets periodically in bulk to be strung by their professional stringers in Paris.

I was still playing with wooden rackets then before transitioning to steel, aluminum, and graphite frames. Yup, I also saw the great John McEnroe toy with everyone winning the 1981 Wimbledon Championships using the Dunlop Maxply wood racket strung with these French-made VS (Babolat) natural gut 'cordage'.

It also helped my game tremendously and achieved modest but important results opening up more opportunities with my playing and coaching career. I ended up staying for almost 20 years in Europe until 1996 as a player-coach for a Swiss club gaining valuable insights and experience about the game I love. Thanks to Babolat.

The Babolat Play Pure Drive V1 racket looks like a regular racket on the outside. However, sensors integrated into the handle allow players to have access to a lot of information: power, impact locator, type and number of strokes.

In 1994, the French company entered the world of racquet manufacturing with an entirely new system building upon their reputation by offering products at the forefront of technology and by supplying equipment to generations of champions who have won the most prestigious competitions.

Babolat’s introduction of the Pure Drive in 2000, and the success of Andy Roddick (in photo)—who won the 2003 US Open put Babolat rackets into prominence and recognition.  Followed by Rafael Nadal’s use of the Babolat Aero in 2005 winning  14 Grand Slam singles titles including 9 French Open titles. 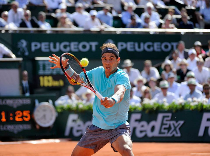 Babolat modernized its engineering with algorithms and technology to introduce the first “connected” racquet in 2013.

The Play “tracks stroke types, spin, power and other statistics through sensors in the racquet’s handle. An International Tennis Federation rule even allowed the technology on tour, being utilized by Caroline Wozniacki and Rafael Nadal.

Included in versions of the Pure Drive and Pure Aero frames, the Play function allows for real-time, on-court stroke analytics”.

First introduced at the French Open in 2012, Babolat Play is racket technology which collects data about players’ tendencies and style as they compete. By turning on a switch on the bottom of the racket, it initiates the process of monitoring everything from stroking power, endurance, and to hitting technique.

These connected rackets depend on the combination of an accelerometer, a gyroscope, and a microprocessor installed in the handle to record every aspect of the game before transferring the data via Bluetooth to a mobile device or via USB to a computer. After any point, game, set, or match, the Babolat Play interface displays simple statistics that helps improve a player’s game.

Until January 1, 2014, using data-collecting rackets during a match was deemed illegal in all of the grand slams events, however a recent new amendment to the rulebook now allows this new technology to be utilized in major tournaments. Babolat Play data may only be accessed following the completion of matches. 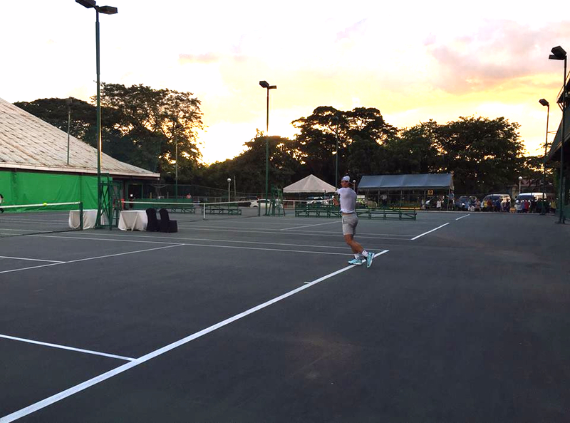 Spanish icon Nadal, practicing at the Manila Polo Club tennis courts in December 2015, a facility where I trained under Willie Hernandez Jr, founder of the first tennis academy in Asia between 1978 and 1986. Photo courtesy of Rafa Nadal Facebook

Rafa Nadal’s coach Toni Nadal takes advantage of this data to track Rafa’s training regimen  The Babolat PLAY lets the 14-time Grand Slam winner be tracked by number of matches, hits and hours on the court over a period of time.

“To train for a Grand Slam, Rafa needs to spend a certain amount of hours on the court each day so that his footwork, movement about the court, and his confidence are all at their optimal level,” says coach and uncle Toni Nadal during an interview with sporttechie.com.

“The activity wall lets me share data on the volume and intensity of his game with our trainer so that he has access to info about Rafa’s fatigue level. Then, we can adapt the duration and content of his physical/cardio workouts,” adds Toni.

Today, Babolat can be found in more than 100 countries, 20 000 sporting goods stores and 20 000 partner clubs. Babolat offers a complete range of products for tennis and badminton players, with an offer to suit every style of play.

For more information, please check with your local sporting goods stores and Pro Shops. Below is a list of accredited shops, which can be downloaded, in the Northern California region who will be ready to assist you and provide players with demo rackets: 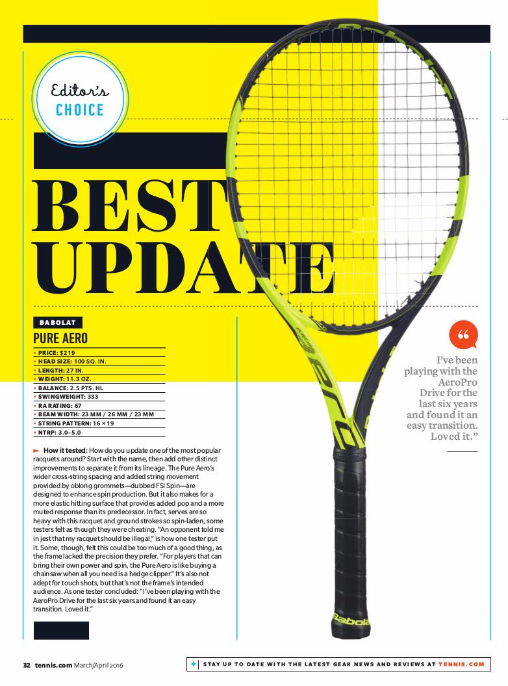