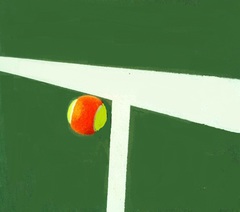 "Play is an occasion of pure waste of time, energy, ingenuity, skill, and often money,” says Callois. Photo by itennisschool.com

Sport can mean many different things to different people. Being a global phenomena, sports can stir up deep passion within spectators and players alike in countries around the world. To one person, a sport is a venue for gambling; to another, it is a mode of personal recreation and fitness, be it skiing, cycling, running or playing tennis. For business people, sports provide a lucrative and continually growing marketplace worthy of immense investments.

To athletes, sports may lead to high levels of personal achievement; and to professionals sports can bring fame and fortune. To facilities developers and local governments, sports are a way to build revenue from tourists and local fans. Sports are deeply ingrained in education, from elementary through university levels.

Perhaps we can state with confidence that sports enrich the lives of all of us, but they certainly entertain a huge percentage of the world’s population.

To begin with, the root word of Sports is derived from “disport¡”, meaning to divert oneself. It carried the original implication of people diverting their attention from the rigors and pressures of everyday life. (Harry Edwards, 1973) Two noted sociologists Johan Huizinga (1955), and Roger Callois (1958) defined sport, play or games as follows:

>Johan Huizinga: “play is a voluntary activity or occupation executed within certain fixed limits of time and place, according to rules freely accepted but absolutely binding, having its aim in itself and accompanied by a feeling of tension, joy, and the consciousness that it is different from ordinary life.”

>Roger Callois: “play is an occasion of pure waste of time, energy, ingenuity, skill, and often money.” It is also an essential element of human social and spiritual development

Caillois's book built upon prior work from “Man the Player” by Johan Huizinga, considered one of the founders of modern cultural history. Huizinga assembled and interpreted one of the most fundamental elements of human culture: “the instinct for play”. The reader will discover how profoundly the achievements in law, politics, science, poverty, war, philosophy, and in the arts, are nourished by the instinct of play.

The precise origins of many sports (or Games) remain obscure, although all cultures have known physical contests. The ancient Egyptians swam, raced, wrestled, and played games with balls. The ancient Greeks held large athletic festivals, including the Olympic Games, which drew athletes from all over the ancient world. The Greeks, and then the Romans, also competed in events (chariot races, throwing the javelin) that relied on the participation of animals or the use of mechanical contrivances, a tradition continued into modern times in sports such as dog racing, horse racing, and shooting.

Athletic games or tests of skill are undertaken primarily for the diversion of those who take part or those who observe them. The term is restricted to any play, pastime, exercise, game, or contest performed under given rules, indoors or outdoors, on an individual or a team basis, with or without competition, but requiring skill and some form of physical exertion.

Today, however, sport is often anything but diversion to its active and passive participants. Sport can be defined in many ways and from different viewpoints or distinctive perspectives. As definitions are mere tools, serving or assisting to specify some level of precision and characteristics, the following have been selected to demonstrate sports activity as a part of our social world:

> Competitive sport is an institutionalized competitive activity that involves vigorous physical exertion or the use of relatively complex physical skills by individuals where participation is motivated by a combination of intrinsic and extrinsic factors.” (Coakley,1982)

> Competitive sport consists of physical activity which involves the coordination of large muscle groups which have a set of universally recognized rules and which produce a winner and a loser.” (Coakley, 1982)

> Recreational sport is characterized by playfulness involved and enjoyment of play that serves the primary reason for participation.” (Chu, 1982)

A feature of competitive sport is that activities, classified as such, are formally structured to a degree and organized within a context of formal and explicit rules of behavior and procedures. Salient features include some level of competition and physical exertion. In addition, competitive sport, being the formal, rational, goal-directed endeavor, provide or allow little opportunity for fantasy or make believe – either to or for the participant or spectator. (Edwards, 1973)

A feature of recreational sport is that activities are informally structured with limited organization in a physically-oriented setting and voluntary participation context. In addition, recreation sport is self-directed activity which can be challenging to the individual participant and not necessarily competitive in nature with few, if any, spectators in attendance.﻿﻿ 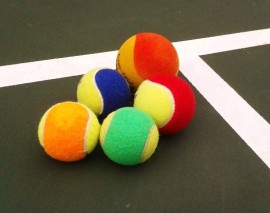 Sport is a universal activity and to fairly understand the purpose of sporting activities, a description of such activity undertaking is of prime importance:

“A sport contest is a voluntary, agreed upon, human event in which one or more human participants oppose at least one other human to seek the mutual appraisal of the relative abilities of all participants to move mass in space and time by utilizing bodily moves which exhibit developed motor skills, physiological and psychological endurance and socially approved tactics and strategy.” (Fraleigh, 1984)

For the athlete-participant, the mastery of the body in particular skill development is implicitly essential. To the spectator, the degree of skill perfection and discipline demonstrated by the athlete becomes a symbol of perfection, admiration and success. Evidently, these universal needs will be felt differently and in various measures due to a variety of reasons – be they intellectual, emotional, psychological, social or other. (Schwartz, 1973)

Sports purpose has been interpreted in terms of deep satisfaction it provides humans in their realization of the desire to be self complete through testing and extensions of the body. Recreational sport has many unique opportunities for individual/group participation which may include such factors as stimulation, challenge, self-fulfillment and diversion.

Competitive sports also have special allurement for spectators – for these people share a common identity with the participants. In effect, “spectators are most important to sport today than they have ever been in the past.” (Vinoker, 1988)

The revolution in communications makes greater numbers aware of sport competitions, sports activities and recreational sports opportunities. Governments use sporting events to political advantage as sport can strengthen identification to the nation – with positive consequences. (Vinoker, 1988)

In the past decade or so, sport has become a social phenomenon of great importance and magnitude and, perhaps complexity. “Sport permeates any number of levels of contemporary society, and it touches upon and deeply influences such disparate elements as status, race relations, business life, automotive design, clothing styles, the concept of hero, languages and ethical values.” (McPherson and Curtis, 1989)

Through analysis of literature and conceptive perspective of Stevens and Nixon in their work “Sportwissenschaft” 1972, they isolated five basic functions of sport, namely:

2. The socialization, which also operates at the level of the individual, and is concerned with the inculcation of cultural mores and beliefs, and with the development of personality characteristics;

3. The integrative function, which operates at the level of collectivity, and is concerned with the harmonious integration of disparate individuals into, and their identification with, the collectivity;

4. The political function, which is predominately operative at the level of the Nation State, is concerned with the function of sport as a political instrument;

5. The social mobility function, which has concerns at the level of the individual, the collectivity and the Nation State, deals specifically with the movement of individuals between socially defined categories. (Stevenson and Nixon, 1972)

Sports build character, teach values, encourage healthy competition, provide outlets for aggression and promote international friendship and understanding. The Modern Olympics, re-established by Baron Pierre de Coubertin, was founded in the belief that sport brought people together and in doing so contributed to a better understanding between peoples and nations. Another approach to the question of sport deals strictly with culture and culture affectations.

As such, bull-fighting or cock-fighting could be considered as definable and acceptable to certain cultures of the world, yet, non-appropriate and not inclusive in other parts of the globe. The same may be said for ice fishing, dog racing, horseshoes, dance, etc. Oftentimes, the type of sports enjoyed and appreciated resides in religious cults, traditions, mores and inborn impulse and basic needs. (Olivova, 1984) Continue on to Pattern of Sport

Home > Back to top