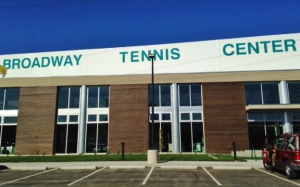 First of its kind in the Bay Area: A world-class facility open to the general public, no membership fees. Photo itennisschool.com

April 1 2015 ITS Beeyong Sison Burlingame, CA, USA - Broadway Tennis Center, a new world-class tennis facility officially opened to the general public in Burlingame on Wednesday. The center is the first community-based tennis facility to be built in the San Francisco Bay Area in over 20 years. 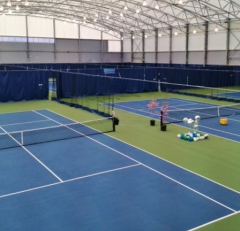 Founded by ex-ATP and WTA Professionals husband and wife, Horacio Matta and the former Anne Grousbeck, the center aims to make the sport accessible to the community and the region’s tennis aficionados from early morning (6:00 am) until midnight (12:00 am) with no membership fees required.

The center complements the City of Burlingame’s existing health and recreation establishments including Prime Time Athletic Center, Nothing But Hoops, Bay Badminton Center, and Gokart Racer among others. The project is enthusiastically supported by Burlingame City Council headed by Mayor Michael Brownrigg, a former U.S. diplomat with venture capital experience in the U.S. and China. 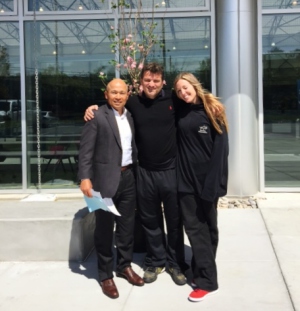 Horacio, a five-year ATP Tour veteran and whose numerous elite students include former ATP World No. 5 and 2007 Australian Open Finalist Fernando Gonzales of Chile, aims to provide tennis for the Bay Area a sense of community that would serve a fast growing diverse population from different cultural backgrounds interested in the game - and for men, women of all ages from the “young ones” to the “once young”.

“Due to limited opportunities provided by existing ‘for private only’ establishments, Anne and I wanted to realize our vision of creating a wider community for tennis lovers and help contribute to a well-balanced life-style for families,” said Matta who learned his tennis at an early age with Chile’s tennis legend Jaime Fillol, ATP Top 20, in Santiago, Chile. 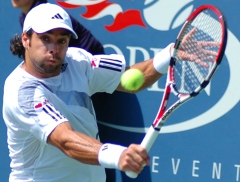 Former World No.5 and 2007 Australian Open Finalist Fernando Gonzales of Chile was mentored by Horacio Matta. Photo by Christiano Mesiano

The tennis center not only offers a great facility but also world-class instructions where children and adults may start out as recreational participants and then later on develop as competitive and elite players.

Horacio together with wife Anne, a graduate of University of Texas Austin and NCAA Singles Quarterfinalist in 1988, will be leading a team of caring coaches that include Eduardo Aspillaga, Todd Edwards, and Cornell Wilder, all with excellent teaching and playing experiences. Their focus is in individual mentorship detailing on a player’s progress while addressing their personal development as conscientious citizens.

Asked about the program’s philosophy, Anne says, “For starters we want to offer our community a positive environment which will suit their needs be it for the value of exercise or for the challenge through competitive endeavor.

“For serious talents, we can definitely facilitate their progress to an elite class, but education, health, family life, and active participation in the community are still needed for them to enjoy the sport in a competitive level and still pursue it as a lifetime game when they retire,” added Anne, a Liberal Arts major in UT Austin, who noted that the current average age of ATP and WTA professionals on tour is between 26 to 28 years old thus requiring a more long-term approach in personal and technical development.

Anne is one of only 5 players in University of Texas Austin's rich tradition and history to have reached the NCAA Women’s Singles Quarterfinals - [Breaunna Addison (2013); Sandy Sureephong (1999); Kelly Pace (1993, 1995); Anne Grousbeck (1988); Beverly Bowes (1985-87)]. She is also a recipient of University of Texas Endowment of the Anne Haskins Grousbeck Scholarship for Academic Accomplishment and Leadership, Team Spirit and Excellence in Women's Tennis in 1988. 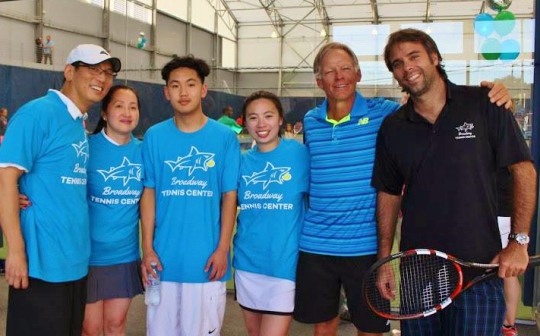 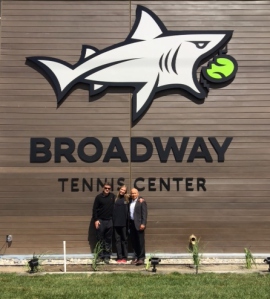 Horacio and Anne will be leading a team of caring coaches with excellent playing and teaching backgrounds. Photo itennisschool.com

The program offers a wide array of learning activities from private lessons to group training for youth and adults; Summer Camps; Cardio Tennis and Senior Groups; classes for kids from ages 2 to 5 year olds; and home school Mondays to Fridays. Adult Team Tennis, Ladies League, and Corporate Leagues are also organized and accommodated. Equipment, rackets and balls, is also available for players to borrow before deciding in investing on expensive gears.

Interested participants are invited to visit the center and may also register for various programs: 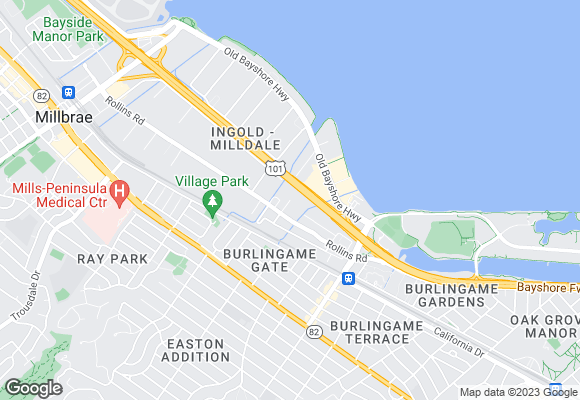 Discussion closed
There are no entries yet.