Former ATP Tour player Virgilio 'Beeyong' Sison (Beejong Sisson, ATP name) played all the Grand Slams namely Wimbledon, French, US, and Australian Opens from 1979 to 1984. Career highlights include reaching the French Open quarterfinals in 1981 & Wimbledon 16s in 1982 - both in doubles. In singles, Sison reached the round of 16's for both the South Australian Open in Adelaide and the Hall of Fame Championships in Newport, Rhode Island.﻿﻿

As an amateur, Sison won the 52nd US Public Parks Tennis Singles Championships in St. Louis in 1978. In US collegiate tennis, Sison was named All-American winning the US NJCAA Singles & Doubles titles in 1976 for Odessa College in Texas﻿. Odessa College won back-to-back team titles during Sison's two-year tenure. In 1978 while playing for Oklahoma City University, Sison won a US NCAA Championships Singles bid (Top 64) in Athens, Georgia (won by John McEnroe of Stanford). Sison served as Swiss National coach assistant from 1986 to 1988 and was Basel Lawn Tennis Club's head pro from 1984 to 1995 in Switzerland. He founded the International Tennis School in 1989 in Binningen, Switzerland.﻿

For the past several decades, former ATP tour  player Beeyong Sison's design of facilities and development programs have expanded opportunities to the tennis community where children and parents are given access to participate in values of sports education and family life. ﻿His college education was facilitated by Odessa College in Texas where he earned an Associate of Arts degree in Business Administration while winning the US National Junior College (NJCAA) Championships in singles, doubles, and team events in 1975 and again 1976 (pdf p.65);

In 1979, Sison joined the ATP Tour and played all the major Grand Slam events namely Wimbledon, French, U.S., and Australian Opens. His career highlights include reaching the French Open doubles quarterfinals in 1981; Wimbledon and French Open round of 16s in 1982. In singles event in 1982, Sison reached the round of 16's for both the South Australian Open in Adelaide and the Hall of Fame Championships in Newport, Rhode Island.﻿ In 1982 Wimbledon Plate (event for 1st & 2nd rounders) upset  Australian Open finalist and Wimbledon quarterfinalist Onny Parun of New Zealand in the first round enroute to a quarterfinal finish bowing out to eventual champion Chris Johnstone of Australia.

After winning several doubles events with Swiss partner Markus Gunthardt and after reaching 3rd round of Wimbledon doubles, the team subsequently qualified for the World of Doubles ATP Championships in Florida of the same year. From 1979 until 1984, Beeyong played against the world’s top 20  players such as Guillermo Vilas of Argentina, Eliot Teltscher of the United States with singles wins over John Marks, the Australian Open Finalist; Onny Parun of New Zealand, the 1973 Australian Open runner-up (l. John Newcombe) and 1981 Wimbledon Quarterfinalist;  Larry Stefanki; and Brazilian Davis Cupper Thomas Koch, a former World No.12.

Sison was a participant in the inaugural Association of Tennis Professionals (ATP Tour) Asian Circuit in 1973 organized by the newly-formed players' union where he qualified and reached the main draw playing against then world champion John Newcombe and Allan Stone in the doubles event, and in singles against Australian Davis Cupper Ray Keldie in the main draw first round held in Jakarta, Indonesia. Sison was 16 years old.﻿﻿ Sison was the Philippines no.1 Davis Cup singles player (1979-1983) and served as Captain (non-playing) from 1997-98 in the Group One of the Asian zone. 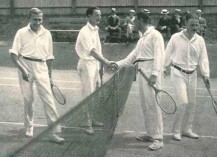 After Beeyong retired from the ATP tour in 1983, he accepted the head coaching position at the Basel Lawn Tennis Club (est.1906) where he led the tradition-rich club, a club requiring an all-white tennis attire, to a total of three National Swiss Championships in interclub league play in 1982 (as pro), and 1989, 1991 (as coach-player): The 100 year Swiss IC 19011 - 2011 maybe downloaded above on PDF.

Beeyong won the Basel region's prestigious Basler Meisterschaften a record five straight years in 1986 1987, 1988, 1989, 1990, while teaching full time. He served as the Swiss National coach assistant from 1986-1988 and also serving as Central Swiss Vereinigung development officer under Coach Seppli Kacovsky of Basel's Old Boys Tennis Club from 1985 until 1995. The period's comprehensive youth development program produced world-class players who are still competing at the highest levels to this date. 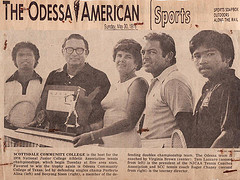 Willie's vast influence have propelled numerous scholar-athletes to become top-class players. Many have also made successful careers in various industries from Willie Hernandez's philosophy of using tennis as a tool for education.

Sison's innovative method of teaching provided students and coaches alike- the immediate sense of feel for play that can easily be exercised after one session thereby creating active participants. Sison's simple but effective approach is interactive and is based on pure-play. Within a short period of time, positive results are determined when players - young and old - actively organize themselves regularly thus creating new partners and lifetime friends. ﻿

Sison has served, as well as volunteered, with various organizations in Europe, North America, and Asia-Pacific: from designing and building sports facilities to operations management; from establishing instructional programs for school P.E and conducting tennis camps; and to organizing corporate sponsored events including drafting sports development strategies for local governments.﻿

Your form message has been successfully sent.

You have entered the following data: