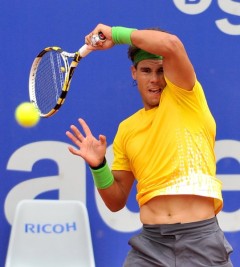 Nadal and Federer, with 28 Grand Slam titles between them, will be joined by defending champion Juan Martin Del Potro of Argentina, fast-rising star World No. 13 Canadian Milos Raonic, No.15 Kei Nishikori of Japan, and No.16 Stanislas Wawrinka of Switzerland.﻿ 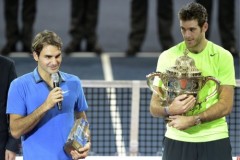 According to Swiss Indoors tournament chief Roger Brennwald, Nadal initially played in 2003 and in 2004, where the seven-time French Open champion lost both first round matches to Spanish compatriot Feliciano Lopez and Rainier Schuettler of Germany respectively.

Federer, who several weeks ago announced he will be appearing for the fourteenth time, was denied his sixth title in seven finals last year by Del Potro.

On Sunday, Nadal won his eighth Conde de Godó Trophy to secure his career title No.54 at the Banc Sabadell Open in Barcelona. Nadal, who last week was denied his eighth Monte Carlo Masters title by Novak Djokovic, collected his fourth ATP Tour crown out five finals of 2013 after a long seven month absence due to a knee injury.﻿ 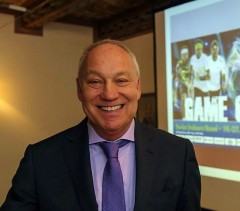 The announcement is a big boost to its edition No.44 of the Basel tournament where Federer grew up just a few minutes ride by tram from the stadium in Munchenstein.

Swiss Indoors is an important ATP World Tour stop as part of the season-ending race to the Barclays ATP World Finals in November in London.﻿

Brennwald, the Swiss Indoors AG president, established the tournament from its humble beginnings in 1970, as a non-ATP event won by little known Klaus Berger of Germany, to what has become a tennis mecca and home to the greatest names in tennis history outside of the Grand Slam events.

Recipient of the "ATP Award of the Year" for excellent organization and services in 2005, Brennwald subsequently was awarded the prestigious "Xaver of the Year" given to a public figure for outstanding achievements that have sustainable repercussions throughout Switzerland in 2009.

Tickets are now on sale for the Swiss Indoors Basel scheduled for October 21 until 27, 2013.﻿