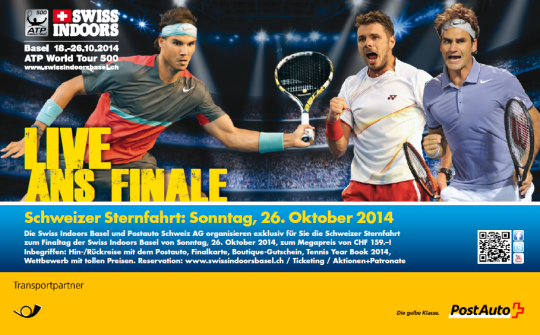 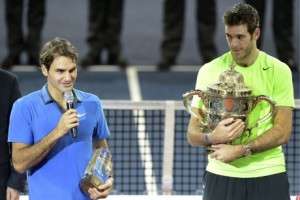 The Swiss Indoors is a professional tennis tournament played on indoor hard courts part of the World Tour 500 Series of the ATP Tour. Held annually at the St. Jakobshalle in Basel, Switzerland, is the home court of Roger Federer, who once served as a ball boy at this tournament became the first player to win five titles at his hometown tournament in 2011.

Argentina's Juan Martin Del Potro, the 2012 and 2013 champion, will be not be able to defend the title due to left wrist injury. Federer, who was runner-up to Del Potro for the last two year's, will be making his 15th appearance coming in with a 51-9 win-loss record, while Rafael Nadal will be competing  in Basel for the first time since 2004. Federer is the only former champion in the field. Federer is 5-5 in the Swiss Indoors  finals and has reached the title match in each of the past eight years