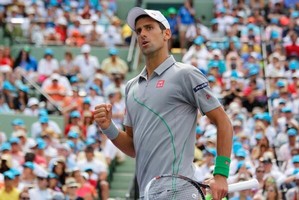 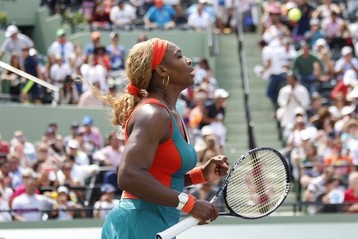 March 19 - 30 204 ITS STaff Miami, Florida - Rafael Nadal and defending champion Serena Williams heads the list of participants at the 2014 Sony Open Tennis. World No. 1 Williams will try to win title No.7 having won here in Miami in 2002, 2003, 2004, 2007, 2008, and was finalist in 1999, 2009 and 2013. This period marks No.179 weeks at No.1 for Serena passing Monica Seles who currently sits at No.5 on the all-time list with a total of 178 weeks. Five-time finalist and crowd favorite Sharapova, who is still finding her way back following last year's shoulder injury, takes the honor of opening the match of the tournament on Stadium Court.

Rafael Nadal started his 2014 season the Qatar Open in Doha beating Gaël Monfils in the final. In the Australian Open, he defeated Federer to reach his third Australian Open final wherer the Mallorcan  lost to Swiss Stanislas Wawrinka, whom he entered the match with a 12-0 record without dropping a set, after suffering a back injury losing the match in four sets. He resumed playing winning the inaugural Rio Open   defeating Alexandr Dolgopolov in the final extending his record of ATP 500 titles to 15. At Indian Wells Masters, Dolgopolov would avenge his loss, defeating Nadal in three sets in the third round.

Andy Murray will return to defend his crown bidding for his 10th ATP World Tour Masters 1000 title. The reigning Wimbledon Champion who had back surgery last year also won in Miami in 2009 and was finalist in 2012 before winning 2013 where he defeated David Ferrer in a thrilling final. Seventeen-time Grand Slam champion and two-time Sony Open winner Roger Federer makes his return to Miami alongside three-time champion Novak Djokovic.

The first #SonyOpenTennis title was awarded in 1985. Can you name who the winner was? http://t.co/d3qSdkJZQt pic.twitter.com/Hio8H45Jvx