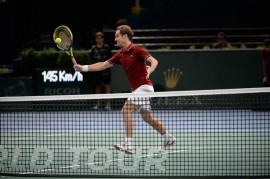 November 27 2013 ITS Michael Duranceau - According to the French newspaper L’Equipe, World No. 9 Richard Gasquet of France has decided to enlist the services of former 2-time French Open champion Sergi Bruguera. The Spaniard will assume the role of coach replacing Riccardo Piatti who departed during the ATP World Tour finals earlier this month.

Bruguera will work alongside Sébastien Grosjean who will accompany the French No. 1 during the season. Gasquet was seen on Monday in Barcelona Academy Bruguera and his father Luis. It was through the recommendation of Grosjean that Gasquet hire the 1993 and 1994 Roland Garros winner.

Gasquet, who won three ATP titles during the 2013 season, reached the U.S. Open semi-finals in New York and then secured a Barclays ATP World Tour finals spot for the first time since 2007. 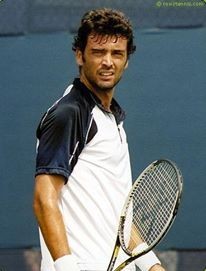 When he was nine years old, Gasquet appeared on the cover of French Tennis Magazine as he was picked as a promising prospect even at such an early age. He was coached by his father Francis during his junior years and by Tarik Benhabiles. Since turning professional he has been coached by Eric Deblicker and Guillame Peyre. In February 2010, he hired coach Gabriel Markus, who has worked with Marat Safin and David Nalbandian in the past.

Bruguera, 42, meanwhile, won a total of 14 ATP World Tour singles titles and 3 doubles titles. He reached a career-high singles ranking of World No. 3. He currently serves as the director of the Bruguera Tennis Academy Top Team located in Barcelona. 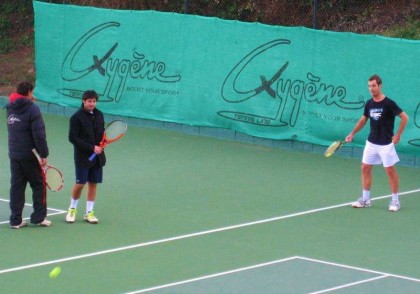