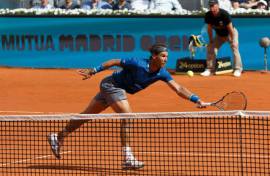 atpworldtour.com: May 9 2014 Madrid – World No. 1 Rafael Nadal is one win away from capturing his 27th ATP World Tour Masters 1000 crown after winning an all-Spanish semi-final contest with Roberto Bautista Agut 6-4, 6-3 on Saturday at the Mutua Madrid Open.

Nadal is chasing his fourth title at the Caja Magica, having previously lifted the trophy in 2005, 2010 and last year, with victory over Stanislas Wawrinka. In Sunday’s final, Nadal will face either David Ferrer or Kei Nishikori. It will be the 27-year-old Nadal’s 90th tour-level final.

The Mallorcan is yet to drop a set in Madrid, including a 6-4, 6-2 dismissal of sixth seed Tomas Berdych in Friday’s quarter-finals. In his first FedEx ATP Head2Head meeting with Bautista Agut, Nadal did not have it all his own way against the gutsy Spaniard, but raised his level when he needed to, claiming victory in one hour and 43 minutes. 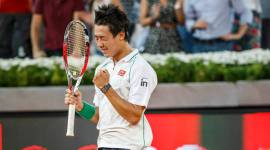 It took 10 match points and just under three hours on court, but Kei Nishikori is through to his first ATP World Tour Masters 1000 final after edging David Ferrer 7-6(5), 5-7, 6-3 at the Mutua Madrid Open on Saturday night.

Nishikori is set to become the first Japanese man ever to rank in the Top 10 in the Emirates ATP Rankings on Monday and will look to crown a career-defining week tomorrow when he faces Rafael Nadal in the final at the Caja Magica.

Nishikori will need to overturn a 0-6 FedEx ATP Head2Head deficit against Nadal, whom he lost to in the Australian Open fourth round in January. He has only ever taken one set off the Spaniard before. 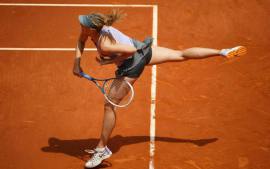 It appeared this wouldn't be her day when Halep went down a set and 3-1. But she then caught fire and won 16 of the next 18 points and eventually eight straight games to capture the second set and go up an early break in the third. She went on to win that set comfortably and the match, 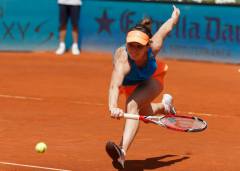 Halep squares off with World No.9 Maria Sharapova, whom she lost to in straight sets in both of their previous meetings. Sharapova got off to a sizzling start and then withstood a second set rally from Agnieszka Radwanska to advance to the Mutua Madrid Open final for the second straight year.

This encounter looked to be a rout when Sharapova went up 6-1, 3-0. But Radwanska suddenly found her form, reeling off four straight games. Sharapova quickly seized back the momentum, breaking Radwanska, firing two aces en route to holding at love and breaking against for the 6-1, 6-4 triumph.