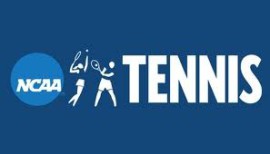 Beeyong Sison: Dallas, Texas - The year 2008 will be remembered when the U.S. housing and credit bubble burst causing a global economic free-fall. Corporate sports sponsorships are hardest hit by the economic downturn particularly in the financial and auto industries. Insurance giant AIG, Merrill Lynch, General Motors and Toyota have suffered huge financial losses. Some companies have laid-off workers by the thousands to survive and some are no longer in business.﻿

As a result, the first to be adversely affected are sporting events. This means lesser prize money and fewer sporting events. The guarantee of lucrative endorsements for top athletes also suffered most notably Tiger Woods whose $7 million annual sponsorship by General Motors has been scrapped.

Sponsorships of young future Olympic and pro stars’ training will be just as difficult to justify with the high cost of maintenance in these dire times. The cost of sports academies and coaching fees rising together with the need for a university degree, many sports organizations and athletes’ families are rethinking their future plans.

For promising athletes, the most practical and cost effective way of realizing their sporting dream while securing their job future is still through the NCAA athletic program. The chance to earn a college degree while enjoying an Olympic-standard training program is just too good to pass-up. Many junior athletes are again setting their sights at the U.S. collegiate sports before jumping straight into the pro ranks.

﻿Historically, NCAA colleges and universities have been the lifeblood in multiple sports that compete as part of the Olympic program. Of the members of the U.S. Olympic teams from 1980 through 2000, around 94 percent were in attendance at or had attended NCAA institutions.

International sporting bodies including China traditionally send their Olympic athletes and coaches to train and study in the United States to have a competing chance. In terms of facilities and other services, NCAA Division I institutions spend an average of $3 million per year on facilities and non-coaching services for men's and women's teams on the Olympic sports calendar. (Source: NCAA.org)﻿ 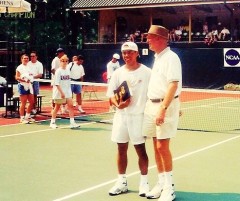 At left, Cecil Mamiit, with coach Leach, won the NCAA Singles Championships in 1996 for University of Southern California as a freshman. In the history of US College tennis, only Jimmy Connors (UCLA), John McEnroe (Stanford), and Devin Britton (2009, U.Miss) have accomplished the feat. Mamiit turned pro the following year where he had career wins over Grand Slam greats Andre Agassi and Michael Chang, attaining a top 100 ranking in the ATP Tour. Together with Eric Taino of UCLA, Mamiit led a multi-Gold Medal haul in the Southeast - Asian Games and elevated the Philippines to Group One in Davis Cup competition - at no cost to the national budget.

National federations encourage their athletes to pursue their training in the United States with the added bonus of higher learning at practically no cost to their national budget. According to the NCAA, the average Division I-A institution spends $10,900,000 (PHP523M) on all its men teams, $4,600,000 on all its women teams and $7,700,000 on expenses that benefit both genders.

Compare this to an Olympic-member nation, the Philippine Sports Commission could only afford to budget US$604,000 (PHP29M) for its entire national Olympic sports program in 2007. (Source: Philippine Olympic Committee)

In tennis, the NCAA college tennis program has remained strong over the years although it did not come unscathed. Availability of full-scholarship grants have dwindled from 6 to 4.5 per college team. Each team consists of 6 players competing 6 single and 3 doubles matches head-to-head.

"None of the top schools can now afford to give full benefits and at the same time remain competitive﻿," says Texas A&M University Head Coach Steve Denton, a two-time Grand Slam event singles finalist, 1982 US Open Doubles winner and himself a product of NCAA program at UT-Austin.

Denton, who recently hired legendary coach and player Bob McKinley and brother of 1963 Wimbledon champion Chuck to be his assistant, adds, "Four-year scholarships are no longer guaranteed to NCAA student athletes".

(Note: Bob McKinley was named by the Intercollegiate Tennis Association [ITA] as National Assistant Coach of the Year of 2011 under the Texas A&M program)

A scholar athlete’s performance is reviewable every year as schools have the flexibility to increase or to decrease the amount of financial grants depending on performance on and off the field. Scholar athletes are now asked to shoulder part of the annual expenses averaging US$5,000 per academic year.﻿﻿

Still, this is a small price to pay and a tiny percentage considering the price for a college education (Texas A&M: $31,530/year for out-of –state) and the fees involved in training athletes. The average expenditure per athlete in NCAA Division I-A is $34,000 (PHP1.6M) per male student-athlete and $20,000 per female student-athlete.

In tennis alone, the average training cost incurred by players in 2008 among 10 privately-run sports academies in the US and Europe catering to top juniors and ATP/WTA tour players run up between US$80,000 and $100,000 per year. And yet there is no guarantee on return on investment (Source: ITS-Subic Tennis 2008).

Athletes from developing countries such as the Philippines where 30 percent of the 85 million people earn one dollar per day, being offered a US college academic-sports grant is like winning the national lottery in these economic times. The pay-off is very good just having a degree.

According to the US Census Bureau, workers with a bachelor’s degree earned an average of $57,181 (PHP2.7M) annually in the United States compared with workers with a high school diploma at an average of $31,286 in 2007. (Texas A&M tops the list on return on tuition investment at 315%. See Smart Money, http://www.smartmoney.com/personal-finance/college-planning/colleges-that-pay-off/?page=all

Recent years have seen an up-tick of foreign bred tennis players who have had successful international junior careers enroll in U.S. universities. In fact, 14 of the top 20 ranked men’s college tennis players of 2010 have come from Europe, England, Australia and South America. All are also poised to graduate with a bachelor’s degree within a year or two and who will definitely contribute to their respective national economies. (Source: College Tennis Online)

For talented athletes, since making it as one of the world’s top tennis players or as an Olympic Gold Medalist is never guaranteed, and then combine this with the rising tuition fees of higher education, many parents, coaches and their sponsors  are remapping their aspirations for these intelligent young athletes. Collegiate sports in the US have now become a necessity not an option.