Randy Villaneuva is a former Philippine No.1 Junior champion in 1992-93. Randy extends his expertise as a volunteer to the Philippine Tennis Association as Davis Cup administrator. Villanueva is a consultant on facilities development in Southheast Asia. 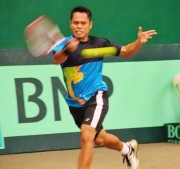 January 30, 2013 Randy Villanueva Cebu, Philippines -  The Davis Cup Asia/Oceania Zone Group II First Round Tie between the Philippines and Syria is all set to begin on ﻿February 1st until the 3rd held at the Plantation Bay Resort and Spa in Lapu-Lapu City in the beautiful island of Cebu. 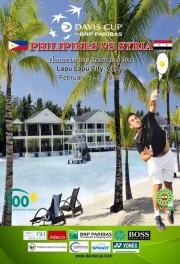 Arcilla, whose last name in Spanish means “clay”, has been playing well of late and is considered the best singles clay court player on the team. In the recent PCA Open held on indoor clay courts in Manila last December, the “Man of Clay” upset No.1 Davis Cup teammate Ruben Gonzales in the finals to capture a record seventh men’s singles PCA title in a marathon four-hour finale.

The first rubber between Philippines and Syria tie will be starting at 3:30 in the afternoon and the second will continue into the evening festivities. Plantation Bay is a premier tourist destination and I am really thankful to the management, especially to the General Manager Mr. Efren Belarmino, for accommodating our event.

Only within an hour's drive from the city of Cebu, Plantation Bay offers one of the largest privately-owned waterways in the world, with the clean elegance of colonial-plantation architecture. The island of Cebu is also known as the site of Ferdinand Magellan's death in the Battle of Mactan (photo above right). Magellan had joined forces with Spanish soldiers and was leading them against Lapu-Lapu, a Visayan chieftain.

There are memorials to both men on the island in Lapu-Lapu City.﻿﻿﻿ Magellan's expedition of 1519–1522 became the first expedition to sail from the Atlantic Ocean into the Pacific Ocean and the first to cross the Pacific. His expedition completed the first circumnavigation of the Earth, although Magellan himself did not complete the entire voyage, being killed in Mactan. A visit to a landmark called the Cross of Magellan, located in a chapel next to the Basilica of St. Nino give the visitor a view of Cebu’s rich history as it commemorates the conversion to Christianity of many islanders.﻿ 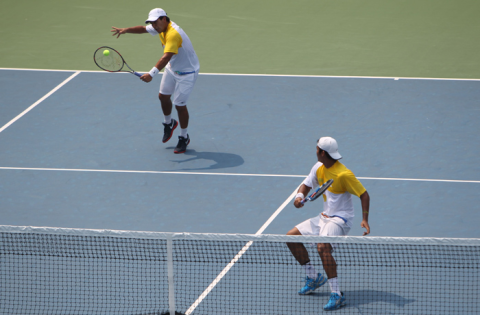 “The team is very excited to be here for sure especially that the matches will be played later in the day. We hope more people will come to watch us. This is a good tie in a pretty environment and the team is ready to put on a good show,” said Huey, who is currently ranked No. 36 in the World Doubles Ranking of the ATP Tour where the former University of Virginia Cavalier plays with college teammate Dominic Inglot, No.41, of Great Britain.

The Filipino-Brit duo have reached three ATP Tour finals including their first win at the Citi Open in Washington D.C. last season where they defeated top 20 singles players Kevin Anderson of South Africa and US Davis Cup player Sam Querrey. They also were finalists at the US Men's Clay Court Championship in Houston to former American top tenner James Blake and Querrey.﻿ 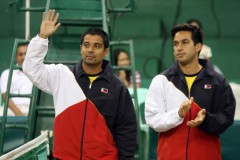 Kraut said, “Each member of the team has been preparing by playing several tournaments here and abroad. Gonzales, currently ranked no.1 in the country, competed in the ITF/ATP Pro Circuit tournaments in the U.S., and No.2 Huey just came from the mixed and men’s doubles competitions in the Australian Open. Anasta, ranked no.4, played in the Philippine Tennis Association (Philta) year-ender event while Arcilla recently arrived from Australia where he saw action in a side event of the Australian Open in Melbourne." The Philippine Davis Cup team is managed and sponsored by Jean Henri Lhuillier of Cebuana Lhuillier.

Syria’s Davis Cup team is composed of Issam Tawil, Marc Abdelnour, Majdi Salim, Yacoub Makzoume, and team captain Feras Dahbos.﻿ The tie was originally scheduled to be held in Damascus but due to the on-going internal conflict, the ITF Committee decided to stage the event in our country. It will be the first meeting between the two nations in Davis Cup competition﻿. 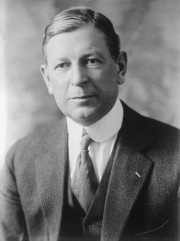 Dwight Davis, the country's Governor-General in 1929.

Dwight Davis and His Influence

Established by Dwight Davis and three of his Harvard University colleagues, the Davis Cup began in 1899 as a match between the United States of America and Great Britain. In 1905, the Davis Cup expanded to include four more teams – Australasia, Austria, Belgium and France. By the 1920s, more than 20 sides were playing in the event.

Davis became the Philippines Governor-General in 1929 and was key to the country’s development of tennis having produced world class players and scholar-athletes, led by Grand Slam players Felicisimo Ampon and Raymundo Deyro, before the Open Era.﻿

This year, it has grown to 130 countries participating in the Davis Cup, making it the world’s largest annual international team competition. The Davis Cup is structured with a 16-nation World Group, contested over four weekends during the year. The other countries are divided into three regional Zones, with promotion to and relegation from the World Group﻿.

Yesterday, both Davis Cup delegations were hosted by good friend John Pages at the famous Lantaw Floating Restaurant where the players savored freshly caught seafoods while enjoying a view of the city of Cebu across the bay.

Unlike most sports tournaments, Davis Cup history plays an important role in future editions. The event has what is known as the choice of ground rule, which means that it is impossible for teams to enjoy home advantage against the same opponent in back-to-back ties.

Hence, this home advantage not only gives us an edge on the choice of surface for competition but also provides the chance to showcase this event to the visiting teams to the different parts of our beautiful country -- mixing tennis with tourism.﻿ Team profiles:> PHILIPPINES; SYRIA

Kei Nishikori went down to David Ferrer in Rd 16s