Davis Cup Now and Then...

Davis Cup Past: A Snap Shot 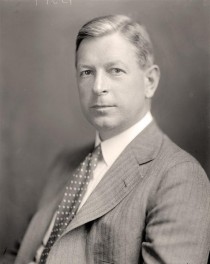 The idea of Davis Cup was conceived in 1899 by four members of the Harvard University tennis team, who wished to set up a match between USA and Great Britain then playing under the name of British Isles.

Once the two respective national associations had agreed, one of the four players, Dwight Davis, designed a tournament format and ordered a trophy, buying it with his own money.

The competition began in 1900 as a challenge between Britain and the United States. The tournament was originally known as the International Lawn Tennis Challenge but soon after it was named the Davis Cup after Dwight Davis’s trophy designed by William Durgin and crafted by Rowland Rhodes. The first tie was held at the Longwood Cricket Club in Boston where the Americans defeated their visitors 3-0.

The United States has won the event the most times with 32 victories followed by Australia with 28. From 1950 to 1967, Australia dominated the competition, winning the Cup 15 times in 18 years. Great Britain and France have won the cup 9 times each while Sweden has 7 titles.

In 1905, the competition included France, Austria, Belgium and Australasia, a combined team of players from Australia and New Zealand.  By the 1920s, there were over 20 nations regularly playing in the Davis Cup. ﻿

Mostly won by the United States and Great Britain until 1926, the cup was taken over the following year in 1927 by France when they barged into the winning circle led by the celebrated Four Musketeers namely: Jean Borotra, Jacques Brugnon, Henri Cochet and Rene Lacoste. Les Quatre Mousquetaires named after a popular 1920s film adaptation of Alexandre Dumas' classic, won six straight Davis Cup titles from 1927 through 1932.

They dominated the game in the second half of the 1920s and early 1930s, winning 20 Grand Slam titles and 23 Grand Slam doubles.  The only player capable of challenging their dominance was the great American Bill Tilden, then world number-one from 1920 until 1926.

The Musketeers were finally eclipsed by the arrival of Ellsworth Vines, Fred Perry, Jack Crawford, and Don Budge on the international tennis scene. USA, Great Britain and Australia wrestled back the cup in the 1930s and it wasn’t until the 1970s that any other nation won the coveted trophy.﻿ 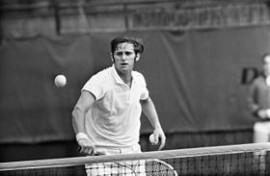 Both Hopman and Emerson hold the record for  winning more titles as captain and player respectively – Hopman won 16 and Emerson won eight. Emerson, a former World No. 1 tennis player who won 12 Grand Slam singles titles and 16 Grand Slam men's doubles titles, is the only male player to have won singles and doubles titles at all four Grand Slam events. His 28 Major titles are an all-time record for a male player. Hopman was inducted into the International Tennis Hall of Fame in Newport, Rhode Island in 1978.﻿

Davis Cup in the Open Era

After the Open Era began in 1968 where amateurs and professionals were allowed to compete together, 50 nations competed in Davis Cup for the first time.  In 1972, the competition format was altered as the Challenge Round was abolished, resulting in the reigning champion having to play in every round, rather than gaining a bye directly into the Final.

In the same year, Italian great Nicola Pietrangeli played his last tie for his country as he enjoyed a distinguished career holding many Davis Cup player records, including most rubbers played, 164, and most rubbers won, 120. In 1974, South Africa became the fifth nation to lift the trophy and was quickly followed by Sweden, Italy and Czechoslovakia, as the competition grew in popularity around the world.﻿

In 1981, the tiered system of competition was created, which remains in use today, and in which the 16 best national teams compete in the World Group and all other national teams compete in one of the four groups in one of the three regional zones.  This year also marked the start of a commercial partnership with NEC, the competition’s first Title Sponsor, which allowed for prize money to be given. (BNP Paribas took over NEC as the competition’s Title Sponsor in 2002).

The 1980s saw a new era of Swedish players win three titles and Germany also began an impressive six-year run winning on three occasions. In 1993, Davis Cup welcomed 100 nations for the first time and then six years later the competition celebrated its centenary. In 2000, Spain won its first Davis Cup title before going on to claim four more victories and establish itself as the competition’s dominant force of recent times.