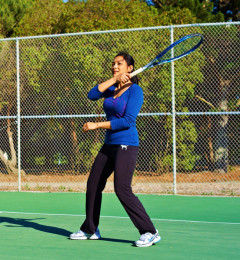 He used the term 'game' in a very wide manner, applying it to all play activities. This is a partial consequence of his native language, French, where the term 'jeux' and 'jouer' express the concepts of both play and game in English.

Callois' interest in games was sociological: the second half of "Les Jeus et Les Hommes" is a fascinating account of how societies relate to patterns of play he identified, and will give readers an understanding by which games become part of daily life, ultimately giving cultures their most characteristic customs and intuitions.

Callois describes them as follows:﻿

AGON: A whole group of games would seem to be competitive, that is to say, like a combat in which equality of chances is artificially created, in order that the adversaries should confront each other under ideal conditions, susceptible of giving precise and incontestable value to the winner’s triumph. It is therefore always a question of rivalry which hinges on a single quality (speed, endurance, strength, memory, skill, ingenuity, etc.), exercised, within defined limits and without outside assistance, in such a way that the winner appears to be better than the loser in a certain category of exploits. Callois is insistent in seeing AGON as a fair contest between participants. An example, as in Tennis, the contest is called a “MATCH”; in Davis Cup, competition between nations is called a “TIE”.

ALEA: is the Latin name for the game of dice: All games that are based on a decision independent of the player, an outcome over which he has no control, and in which winning is the result of fate rather than triumphing over an adversary. More properly, destiny is the sole artisan of victory, and where there is rivalry, what is meant is that the winner has been more favored by fortune than the loser. Perfect examples of this type are provided by the games of dice, roulette, heads or tails, baccarat, lotteries etc. Here, not only does one refrain from trying to eliminate the injustice of chance, but rather it is the very capriciousness of chance that constitutes the unique appeal of the game. ALEA signifies and reveals the favor of destiny. The player is entirely passive; he does not deploy his resources, skill, muscles, or intelligence. All he need do is wait, in hope and trembling, the cast of the die.

MIMICRY: All play presupposes the temporary acceptance, if not of an illusion (indeed this last word means nothing less than beginning a game: in-lusio), then at least of a closed conventional, and, in certain respects, imaginary universe. Play can consist not only of deploying actions or submitting to one's fate in an imaginary milieu, but of becoming an illusory character oneself, and of so behaving. One is thus confronted with a diverse series of manifestations, the common element of which is that the subject makes believe or makes others believe that he is someone other than himself. Mimicry is incessant invention. The rule of the game is unique: it consists in the actor's fascinating the spectator, while avoiding an error that might lead the spectator to break the spell. The spectator must lend himself to the illusion without first challenging the decor, mask, or artifice which for a given time he is asked to believe in as more real than reality itself.

ILINX: The last kind of game includes those which are based on the pursuit of vertigo and which consist of an attempt to momentarily destroy the stability of perception and inflict a kind of voluptuous panic upon an otherwise lucid mind. In all cases, it is a question of surrendering to a kind of spasm, seizure, or shock which destroys reality with sovereign brusqueness (bungee-jumping). The disturbance that provokes vertigo is commonly sought for its own sake. It can be seen most clearly in any games with speed or snowboarding that serves to heighten the players’ enjoyment by artificially inducing a state of vertigo.﻿

Home > World of Tennis > What is Sport