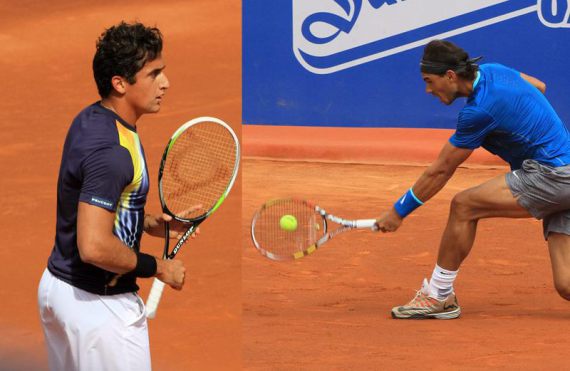 April 25, 2014 ITS Staff Barcelona, Spain – Nicolas Almagro stunned top-seed and eight-time champion Rafael Nadal 2-6 7-6 (5) 6-4 in the quarter-finals on Friday ending the Mallorcan’s 41-match winning streak at the Barcelona Open Banc Sabadell.  The victory was first for Almagro over the World No.1 in eleven attempts

Nadal was looking for his ninth title in Barcelona after a disappointing loss to Davis Ferrer in the quarterfinals of the Monte Carlo Masters last week.

Almagro secured the on his second match point, hitting a forehand down the line to register his first ever win against his boyhood peer after two hours and 48 minutes. Nadal’s winning streak began 2003. Almagro will face Santiago Giraldo in the semifinals after Philipp Kohlschreiber retired with the Colombian leading with the scoreline 6-4 4-3.