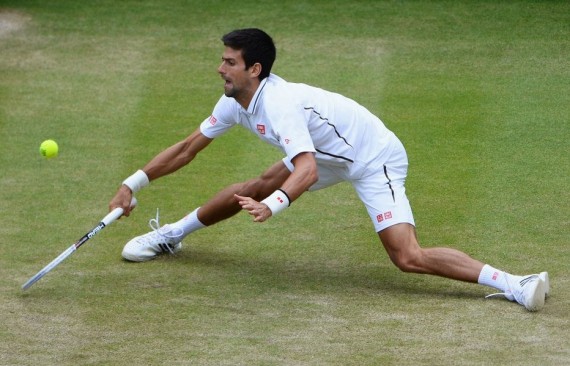 Both players had entered Wimbledon’s final four without dropping a set . The Serbian star won the opener 7-5, dropped the second set 4-6, then won third-set tiebreaker before the 2009 U.S. Open champion and No.8 seed Del Potro saved two match points eventually winning the drama-filled fourth-set tiebreak 8-6 to take the match to fifth set. Djokovic clinched the match after breaking Del Potro once out of three break chances to enter his eighth career Grand Slam final.

After the match, Djokovic told the BBC Television, "It was one of the best matches I've been a part of and one of the most exciting definitely and I am privileged to be a winner of this match. It was so close that they couldn't separate us.

"Every time he was in tough situations he came up with unbelievable shots and I didn't play wrong when I was match points up. Maybe I should have been more aggressive but credit to him for fighting and I’m very proud to go through.”

The longest Wimbledon final is when Rafael  Nadal defeated Roger Federer in 2008 at four hours and 48 minutes while the longest match ever was eleven hours and five minutes during th first-round match between John Isner and Nicolas Mahut in 2010 which the former won 70-68 in the fifth set.