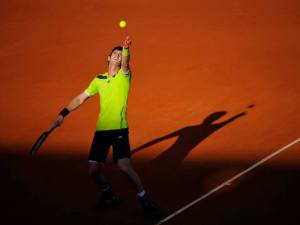 Murray was able to close out the 5-set match before darkness. Photo rolandgarros.com FFT

atpworldtour.com: June 4 2014 Paris France - After rolling past four unseeded players, World No. 1 Rafael Nadal faced his first big test of the 2014 Roland Garros championships on Wednesday when he came up against World No. 5 David Ferrer in a rematch of last year’s final.

The eight-time Roland Garros champion lost the opening set, but roared back to beat his fellow Spaniard and the darkness 4-6, 6-4, 6-0, 6-1 in the rain-delayed quarter-final match on Court Suzanne Lenglen. Nadal, who celebrated his 28th birthday Tuesday, is attempting to become the first man to win five straight Roland Garros titles. He next faces Andy Murray, who booked his place in the Roland Garros semi-finals on a wet Wednesday in Paris. 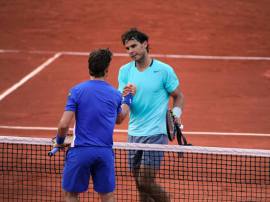 Murray, who reached the last four in 2011 (l. to Nadal), has advanced to a British-record 14th Grand Slam championship semi-final. The 27-year-old Scot is also the 10th man to reach multiple semi-finals at all four majors. He is now two match wins away from 450 victories. Should he reach the milestone in the French capital, he would become the first British man to capture a clay-court singles title since Buster Mottram at 1975 Palma. Fred Perry was the last British man to lift the Roland Garros trophy in 1935. 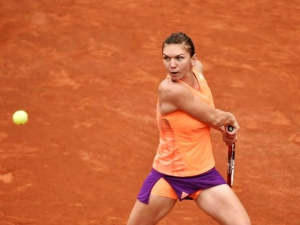 The No.28 seed Petkovic will now play fourth-seed Simona Halep who played a near-perfect match to deny two-time Grand Slam winner Svetlana Kuznetsova with the same margin 6-2 6-2 in one hour and 19 minutes.

After the early ouster of the top three seeds Serena Williams, Li Na, and Agnieszka Radwansdka, the 22-year Halep is the highest seed remaining and is touted to win her first major tournament. Halep won six WTA tournaments in 2013.

NEXT on Chatrier: Old friends meet at the #RG14 QFs. Who advances, Monfils or Murray? PREVIEW: http://t.co/VkcP9WhVe4 pic.twitter.com/Mc2B689H5s