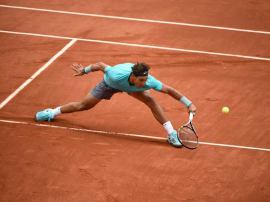 atpworldtour.com: May 29, 2014 Paris France - World No. 1 and eight-time champion Rafael Nadal swept past the youngest player in the Top 100 of the Emirates ATP Rankings for a place in the Roland Garros third round. Nadal defeated 20-year-old Dominic Thiem 6-2, 6-2, 6-3 on Thursday afternoon to improve to 61-1 lifetime at the clay-court Grand Slam championship, which he first won in 2005 (d. Puerta). Nadal will next play Leonardo Mayer, who was the runner-up at the Royal Guard Open Chile (l. to Fognini) in February. Mayer defeated Teymuraz Gabashvili 6-2, 4-6, 6-4, 6-4.

World No. 8 Andy Murray powered into the third round at Roland Garros with a 6-3, 6-1, 6-3 victory over Australia’s Marinko Matosevic on Thursday in Paris. The Dunblane native hit 31 winners overall and benefitted from 39 unforced errors from Matosevic. The 27-year-old Murray goes on to face German No. 28 seed Philipp Kohlschreiber, who defeated Denis Istomin 6-3, 7-6(5), 6-2. Murray lost his one previous FedEx ATP Head2Head meeting with Kohlschreiber, four years ago on clay at the Monte-Carlo Rolex Masters. 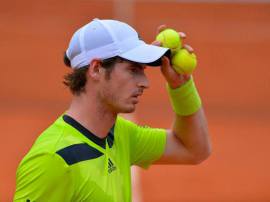 No. 14 seed Fabio Fognini will face French hope Gael Monfils in what is set to be a dramatic third-round encounter. Fognini dismissed Thomaz Bellucci 6-3, 6-4, 7-6(2), while Monfils finished strongly to beat Jan-Lennard Struff 7-6(4), 6-4, 6-1. Watch Monfils on video below.

Order is Restored in Women's Draw 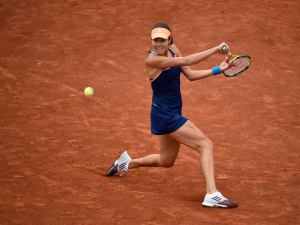 wtatennis.com: May 29, 2014 Paris, France - After a shocking first few days, with Serena Williams and Li Na both among a slew of big names going out, the favorites held their ground at Roland Garros on Thursday, with Simona Halep, Petra Kvitova, Jelena Jankovic, Sara Errani and Ana Ivanovic all moving into the third round.

The No.6-seeded Jankovic was the first of the group to advance, reeling off nine games in a row from 4-5 in the opening set to make it past Japanese No.1 Kurumi Nara in straight sets, 7-5, 6-0. Kvitova and Errani followed in the afternoon, the No.5-seeded Kvitova rallying from 3-1 down in the second set to close Marina Erakovic out in straight sets, 6-4, 6-4, and the No.10-seeded Errani coming back from a break down in both sets for a 6-2, 6-4 win over talented German Dinah Pfizenmaier.

The last wave of matches saw Halep and Ivanovic take the court, with the No.4-seeded Halep beating British qualifier Heather Watson, 6-2, 6-4, and the No.11-seeded Ivanovic winning five games in a row from 5-all in the first set to take control against Elina Svitolina, eventually winning, 7-5, 6-2. With Li out now, any one of the aforementioned names - or even someone else - could come through the bottom half of the draw and eventually play for the title here. But nobody is looking too far.

Other winners included No.15 seed Sloane Stephens, No.22 seed Ekaterina Makarova, No.23 seed Lucie Safarova, No.26 seed Sorana Cirstea, No.27 seed Svetlana Kuznetsova and No.28 seed Andrea Petkovic. There were a few minor upsets, with Julia Glushko picking off No.21 seed Kirsten Flipkens, 6-4, 3-6, 6-4, and Dutch qualifier Kiki Bertens scoring a 5-7, 6-4, 3-0 retirement win over No.24 seed Anastasia Pavlyuchenkova when the Russian had to stop because of a low back injury.

Victory smiles from @TreatHuey and @dominglot after their opening round win at RG today. pic.twitter.com/KkyMxBLFQp