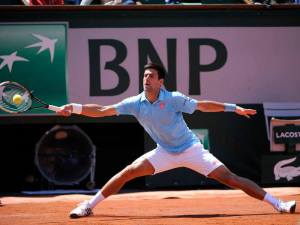 Nadal needs to capture his ninth title on Parisian clay if he is to remain at No. 1 in the Emirates ATP Rankings. He would be the first player in tennis history to lift five straight Roland Garros crowns.

In the second semi-final Rafael Nadal defeated Andy Murray 6-3 6-2 6-1 in one hour and 40 minutes to reach his record ninth Roland Garros final. Nadal beat Murray 7-5 in the third set in the quarter-finals at  the Internazionali BNL d’Italia last month.

On Friday, Nadal didn’t let up after storming through the first set in 34 minutes then never looked back taking the second and third set in just a little over an hour to improve his French Open record to 65-1. Nadal’s lone defeat in Roland Garros was against Sweden’s Robin Soderling. Nadal will aim for his 14th Grand Slam crown.