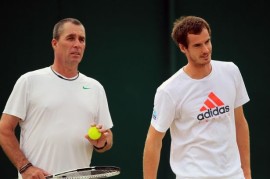 A statement on his Twitter account said they had mutually agreed to end a partnership that saw Murray win two grand slam titles, and a gold medal at the 2012 London Olympics.

"I'm eternally grateful to Ivan for all his hard work over the past two years, the most successful of my career so far," said Murray, who became Britain's first Wimbledon men's singles champion for 77 years when he beat Novak Djokovic last year.

"As a team, we've learned a lot and it will definitely be of benefit in the future. I'll take some time with the team to consider the next steps and how we progress from here."

Since winning Wimbledon last year, Murray's form has dipped. He has not been helped by having back surgery towards the end of 2013. Murray is yet to win a title this year and was knocked out in the quarter-finals of the Australian Open by Roger Federer. Lendl was not at Indian Wells last week where Murray again suffered an early exit, losing to Canada's Milos Raonic. 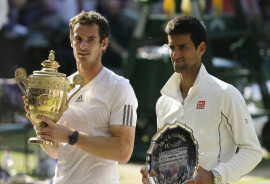 Eight-time grand slam champion Lendl, 54, said he wanted to concentrate on his own projects.

"Working with Andy over the last two years has been a fantastic experience for me," he said. "He is a first class guy. Having helped him achieve his goal of winning major titles, I feel like it is time for me to concentrate on some of my own projects moving forward including playing more events around the world which I am really enjoying.

"I will always be in Andy's corner and wish him nothing but great success as he too goes into a new phase of his career."

Until Murray teamed up with Lendl, he had fallen tantalisingly short of winning a grand slam title. He lost his first four grand slam finals to share a professional era record with Lendl but finally got over the line at the US Open in 2012 when he prevailed in an epic tussle against Djokovic to become Britain's first male grand slam champion since Fred Perry in 1936 years earlier.

Murray lost to Djokovic in the 2013 Australian Open final and, after skipping the French Open through injury, he thrilled the home fans with his run to the Wimbledon title.

After 2 years & 2 Grand Slam titles, Andy Murray has parted ways with coach Ivan Lendl. What do u think of this news? pic.twitter.com/QwaxZ2h0dF

About the legend Ivan Lendl 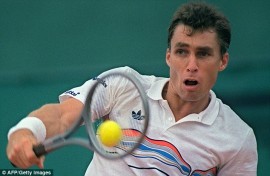 wikipedia.org: Ivan Lendl, born March 7, 1960, 0riginally from Czechoslovakia, he became a United States citizen in 1992. He was one of the game's most dominant players in the 1980s and remained a top competitor into the early 1990s.

He has been described as one of the greatest tennis players of all time. Lendl's game relied particularly on strength and heavy topspin from the baseline and helped usher in the modern era of "power tennis". He himself described his game as "hitting hot", a relentless all-court game that was coming to dominate in tennis.