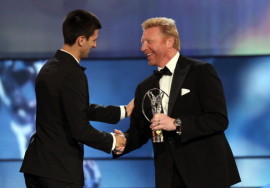 Djokovic and Becker during the Laureus Awards in 2012. Photo by Ian Walton Getty Images

December 18, 2013 ITS Staff – Defending Australian Open champion Novak Djokovic has hired six-time Grand Slam champion Boris Becker to be his head coach. Becker will accompany Djokovic to all the grand slam beginning next month's Australian Open where the Serbian star is gunning  for a fourth straight title.

According to his website www.novakdjokovic.com, the World No.2 said, “I am really excited to have the opportunity to work with Boris. He is a true legend, someone who has great tennis knowledge and his experience will help me win new trophies from the Grand Slams and other tournaments. Becker is a great person, too, and I am sure he will fit in our team in the best possible way.

“Boris brings new fresh approach, and together with Vajda he will make a winning combination. My goal for 2014 is to play my best tennis and to get in shape for the Grand Slams and Masters 1000. These tournaments have the most weight in our sport, and I want to prove my worth at them. The team is now strenghtened and we hope for maximum results.” 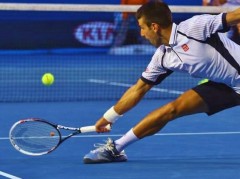 Marian Vajda, who has been coaching Djokovic since 2006, will stay with the team despite Becker’s ascension as top mentor. Vajda felt the 26-year old needed a new coach to elevate him further on his game saying, “In a few weeks Novak and I will start the eight year of our cooperation.  During that period we have achieved almost all the goals we had. I realized that Novak needed a new head coach in order for him to continue improving certain parts of the game.

“In the same time, I will have more time for my family. Becker’s assignment will not affect much my position in the team, since I will do all I can for Novak, just like I did before. On the other hand, choosing Boris as a head coach is a good solution, I am sure we will get along very well, and that Novak will continue to progress.” 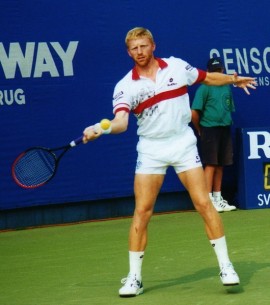 Like his newly appointed German mentor, Djokovic has won six Grand Slam singles titles, and has held the No. 1 position in the ATP rankings for a total of 101 weeks. Becker, who was the youngest-ever winner of the men's singles title at Wimbledon at age 17, said, "I am proud Novak invited me to become his head coach. I will do my best to help him reach his goals, and I am sure we can achieve great things together."

Novak Djokovic became the dominant player in men’s tennis in 2011, winning three Grand Slam tournaments - the Australian Open, Wimbledon and the US Open - and taking over the world No 1 ranking from Rafael Nadal on July 4. He is the first player representing Serbia to win a Grand Slam singles title and the youngest player, at 24, to have reached the semi-finals of all four Grand Slams in the open era. Former player Pete Sampras described his season as “the best I have seen in my lifetime.”

Meanwhile, the International Tennis Federation has announced on Tuesday that Djokovic and Serena Williams of the United States are the 2013 ITF World Champions. Williams is named Women’s World Champion for the fourth time, while this is the third successive year that Djokovic has received the honor. Continue on ITF Awards 2013