Sabine Lisicki and co. looking to do great things in New York 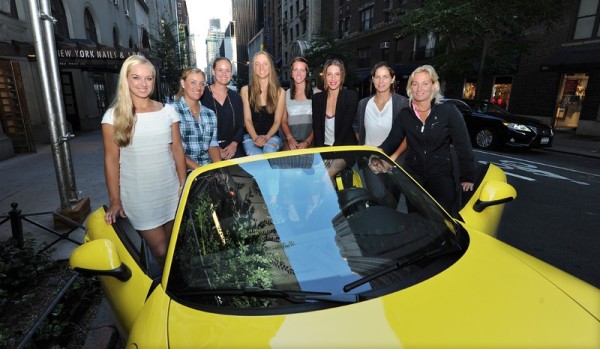 The Porsche Team Germany players and the members of the Porsche Talent Team Germany are highly confident going into the US Open. At a pre-tournament get-together with team captain Barbara Rittner in New York, they got in the mood for the year’s final grand slam that begins on Monday.

Though her preparations haven’t gone as hoped, Angelique Kerber is looking to do great things at the tournament where she sensationally reached the semifinals two years ago to begin her climb up the world rankings.

“A grand slam is always something special,” said the 25-year-old No. 8 seed who will start her campaign by playing the Czech Lucie Hradecka. “If I’m able to find my rhythm then I could go a long way.”

Sabine Lisicki is also optimistic on the eve of her first grand slam appearance after her brilliant performance in reaching the Wimbledon final: “My aim is to get to the second week of the tournament.” The prospects are good as the draw has been kind to the 23-year-old. Seeded No. 16, she will face a qualifier in the first round. 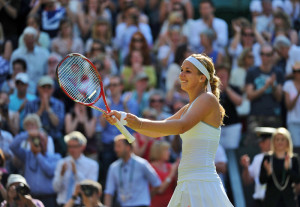 The other Porsche Team Germany players also have manageable tasks ahead of them in the first round. Andrea Petkovic for instance will meet Serb Bojana Jovanowski.

On her way back up the world rankings, the German recently stood in the final in Washington DC. The first opponent for Mona Barthel (No. 28) is the Swede Johanna Larsson whilst Julia Görges will be up against American Christina McHale.

The players belonging to the Porsche Talent Team Germany have far tougher nuts to crack in New York: Annika Beck will face Russian Elena Vesnina (No. 22) and Dinah Pfizenmaier will play former world No. 1 Victoria Azarenka (No. 2) from Belarus who along with Serena Williams (USA) is generally seen as being the top favourite to win the title.

That the 21-year-old German can rise to meet a challenge is something she showed at this year’s French Open where she reached the third round. See US Open Preview > Revisit 2013 Porsche Grand Prix

Lisicki and co. looking to do great things in NY: Porsche Team Germany in US Open