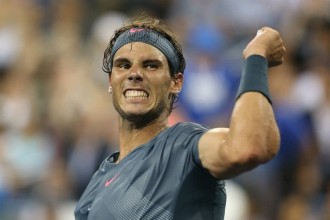 usopen.org: September 9, 2013 by Nicholas J. Walz - Rafael Nadal won his second US Open crown, beating Novak Djokovic, 6-2, 3-6, 6-4, 6-1 in the men's final, closing out the 2013 tournament inside Arthur Ashe Stadium. It was Nadal's 13th Grand Slam singles title, moving him into third place all-time amond men, just one shy of Pete Sampras' 14 and four behind Roger Federer's 17. The contest was the 37th professional bout between the rivals – most for any head-to-head matchup in the Open Era, with Nadal entering the match holding a career win-loss advantage, 21-15. Though he still we be ranked No. 2 after this event,  Nadal is clearly the top men’s player on the planet – an amazing comeback to form in less than a year’s time. 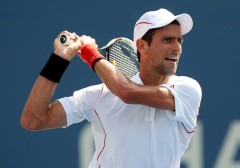 After missing last year's tournament with a knee injury, Nadal roared through the draw here, losing serve just four times (three times in this match) and showcasing a game that has put him on a fast track back toward the top.  His perfect run here makes him 22-0 on hard courts this season. Nadal collects $3.6 million in prize money for the win here, cashing in on the $1 million bonus afforded him for also winning this season's Emirates Airline US Open Series Bonus Challenge, matching the  largest payout in US Open history set just one day ago by women’s singles winner (and women's Bonus Challenege winner) Serena Williams.  It's the first time both winners of the Emirates Airline US Open Series have won the US Open as well. Full article