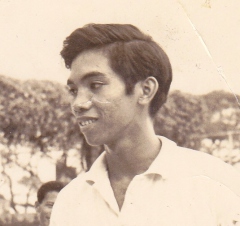 June 29, 2014 ITS Staff Los Angeles, California USA – With great sadness, a good friend, teammate, tennis partner, and mentor of the tennis community has left the building.

Bien competed nationally in the juniors in the mid-1960s and became one of the country’s representatives in international events in the professional Asian Tennis Circuit and the Davis Cup competition in the 70’s. The always-amiable Bien helped mentor junior players in the Philippines in the 1980s before settling in the United States.

In early 1970s, playing along the country’s top tennis talents led by Alex Marcial, Eddie Cruz, Macky Dominguez, Ramon Funtera, and Romeo Rafon, the lefty Dimalanta belonged to a generation of enthusiastic young players that led the growth of tennis in the 1970s and 1980s in the Philippines and Southeast Asia. 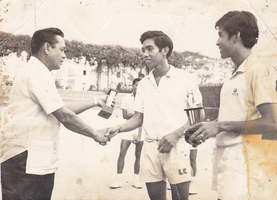 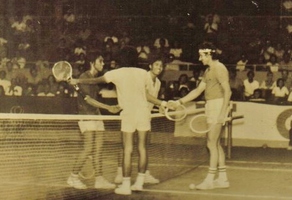 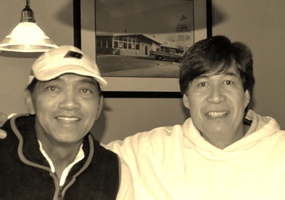 Bien was a participant of the inaugural ATP World Tour’s Asian Tennis Circuit tournament in Djakarta, Indonesia in 1973. In 1974, Bien played against then World No.1 John Newcombe the 1973 Australian Open and 1973 U.S. Open champion, in the first round of the $50,000 Philippine International Tennis Classic. 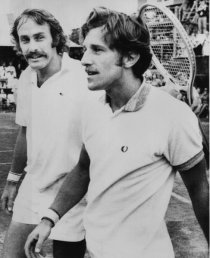 1973 World No.1 John Newcombe and 1973 Wimbledon Champion Jan Kodes during the US Open finals in 1973. Photo by Douglas Perry blog.oregonlive.com

Bien recalls one of his best wins on the tour was in the doubles event when he paired with good friend and former Philippines No.1 Marcial at the Milo International Tennis Championships in Manila. They went on to defeat compatriot RP No.1 Cruz and Holecek to advance deep in the week’s event.

Earlier in the season, Holecek had paired with compatriot Jan Kodes, the 1973 Wimbledon Singles champion, to defeat multi-Grand Slam titlists Newcombe and Tony Roche in the finals of Hamburg International in Germany.

In the 1980s, Dimalanta was one of the first players to establish a junior development program for the country at the Philippine Columbian Association tennis facilities in Manila.

Other "tennis elders" he worked and associated with were gurus Cecil Mella and Willie Hernandez Jr.. He helped mentor Philippines former No.1 Dyan Castillejo, sister Jackie; and former Davis Cup player and No.1 Roland So,

He also helped organize a professional tennis circuit in the Philippines and promoted sport-tourism when he partnered with a leading hotel chain to host world-class players from Europe, U.S. and Australia in 1981 and 1982. 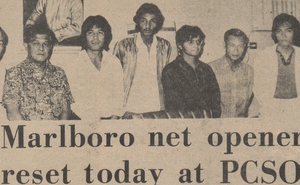 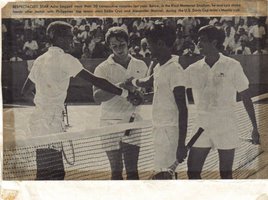 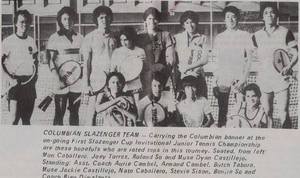 "Bien was like a brother to me. He was my partner on and off the courts, it was really a privilege practicing, competing, travelling and just hanging out with him. He will be missed dearly," said former Philippine No.1 player Alex Marcial.

"Bien's life ended so early and I cannot put in words how much I will miss him. It is hard to understand why tragic things happen to some good people. However, that is a question without an answer. Even though he is not here anymore, his memory will live on,in all of us forever. Bien, I appreciate your friendship and I will miss you..." added Marcial.