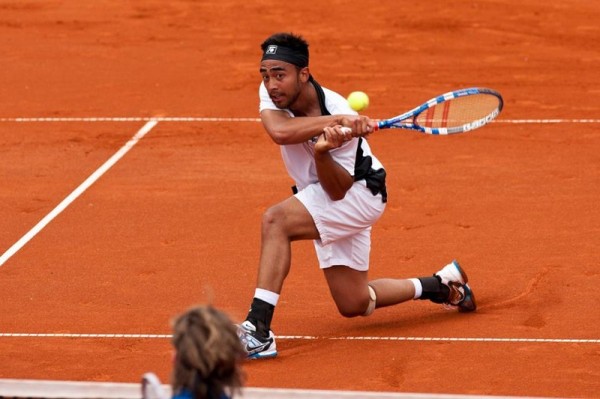 Marc Sieber in action during the BMW Open in Munich earlier this year. Photo: bmwopen.de

The 25-year old Sieber, who plays for Bremerhaven in the German Bundesliga, dropped only one set out the five matches he won to capture the prestigious week-long tournament last June 16 held in Saxony, Germany.

The first set was very competitive with Hoiss storming ahead with the first break in the opening set before Sieber broke back twice, then again secured two more breaks in the second set dominating his 27-year old opponent in the one hour and 12 minute match.

The tournament was founded in 2003 as part of the nation-wide HEAD German Masters Series. The 15th Saxon edition of the International Championships was endowed with a prize money of 10,200 euros and was entered by Germany’s top players of 48 men and 36 women.