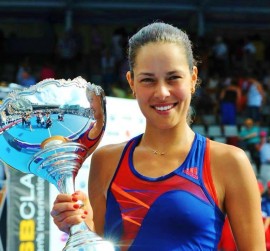 It was the second-seed Serbian’s first title since November 2011 while the 7-time Grand Slam champion Williams came up short in her quest to win her first tournament since Luxembourg in 2012.

Ivanovic seemed to cruise to a straight set victory after taking the first set and had a match point at 5-3. Williams, who has been plagued with injuries and Sjogren's syndrome over the past two years, hung tough reeling four games in a row to extend the match to the delight of the crowd. Ivanovic regained her composure and brought homeher first tournament title of the year by clinching the match 6-4. 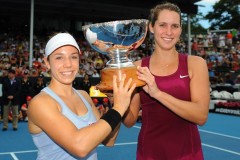 This afternoon’s match was the 10th meeting for the pair, with Williams owning an 8-1 advantage in previous head-to-heads.

Sanchez and Fichman met Mona Barthel and Megan Mouton-Levy in Friday’s semi-final, which they took out in two sets, 6-2, 6-4. Earlier in the week they beat the top seeds for the doubles draw, Lucie Safarova and Andrea Hlaváčková, who won the US Open Doubles title in 2013. 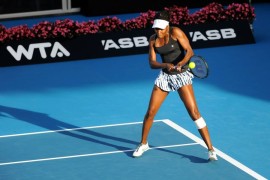 wtatennis.com January 03 2014 Auckland, NZ - The ASB Classic got its dream final with Grand Slam champions and former World No.1s Ana Ivanovic and Venus Williams set to square off for the title on Saturday.

They were the two biggest names in the draw when the ASB Classic began, and now they're the last two standing - Ana Ivanovic and Venus Williams will play for the title. Williams advanced via walkover when No.5 seed Jamie Hampton was forced to withdraw from the tournament due to a hip injury suffered in practice. The Americans were set to play each other for the first time. 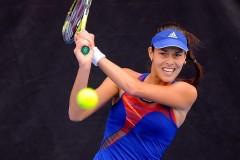 The No.2-seeded Ivanovic followed Williams into the final later in the day with a 60 76(3) victory over No.3 seed Kirsten Flipkens. It was a match of two halves, with Ivanovic storming through the first set in just 21 minutes but grinding through a 49-minute second set where neither player budged on serve.

Regardless of how they got there, though, what the tournament now has is a dream final - a pair of players who aren't just former World No.1s but Grand Slam champions too, with Williams capturing seven majors (five Wimbledons and two US Opens) and Ivanovic winning one (a French Open).

Williams leads Ivanovic in their head-to-head series, 8-1, but there is one encouraging thing about that record for Ivanovic - her lone win came under very similar conditions, at the Australian Open in 2008. 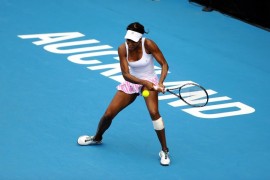 Playing fellow thirty-something Yvonne Meusburger for the first time, Williams looked somewhat out of sorts early on in the match - she dropped the first set and things looked deadlocked early in the second set too. But from 46 22 she broke away, winning 10 of the next 13 games to run away with it, 46 63 62.

All three seeds who took the court won in straight sets, with No.2 seed Ana Ivanovic routing Johanna Larsson in 43 minutes, 61 61; No.3 seed Kirsten Flipkens holding off Karolina Pliskova, 64 63; and No.5 seed Jamie Hampton making it past the other Pliskova twin, Kristyna Pliskova, 63 64. Garbiñe Muguruza, Lauren Davis, Kurumi Nara and Sachie Ishizu rounded out the winners. 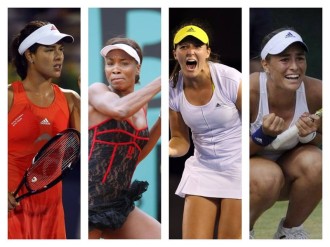 December 21, 2013 ITS Staff Auckland, NZ - In one of the most exciting years to date, the New Zealand’s ASB Classic will feature a  strong draw which includes two Grand Slam Singles champions, two former world number ones and a former champion as well as eight players ranked inside the world’s top 30.

Joining former World No.1’s Venus Williams and Ana Ivanovic, will be World No.14 Roberta Vinci, No.20 Kirsten Flipkins, No.22 Sorana Cirstea, No.25 Elena Vesina, No.28 Jamie Hampton, No. 29 Lucie Safarova and Monic Puig.

This year’s top seed Roberta Vinci of Italy will join the festivities after a year which saw her achieve a career-high ranking of world number 11 capturing two WTA Singles titles, and reaching the Quarter Finals of the 2013 US Open. Vinci won the Australian Open Doubles title with compatriot Sara Errani. 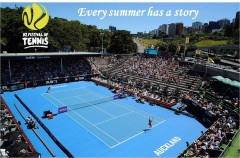 Over the past twenty years, she has been named as WTA's Player of the Year, Glamour Magazine's Woman of the Year, and one of Forbes 100 Most Powerful Women in the World. Williams was also named the ‘Female Athlete of the Year’ at the ESPY Awards in 2002.

Venus has been ranked World No. 1 in singles by WTA on three different occasions. She is credited as changing the women's game and leading  a new era of power and athleticism on the women's professional tennis tour.

She is also regarded as the best grass court player of her generation and she is widely considered as one of the all-time greats of women's tennis. Official Website