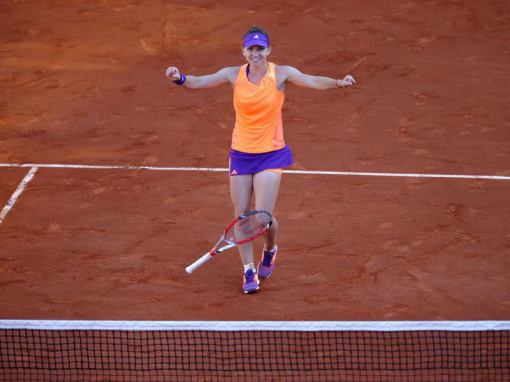 wtatennis.com July 14 2014 Bucharest, Romania - Simona Halep completed a dream week on home soil on Sunday, beating Roberta Vinci in straight sets to not only win the first Bucharest Open, but to get within 11 points of Maria Sharapova on the Road To Singapore leaderboard - Sharapova currently leads the list at No.1.

Vinci had beaten Halep in two of their five previous meetings, and she did jump out to a 2-0 lead in the second set, but the No.1-seeded Halep was never really in too much trouble, storming past the No.2-seeded Vinci in just 68 minutes, 6-1, 6-3. She held her serve at love to close the match out.

Halep now has eight WTA titles to her name, winning her first six in 2013 (Nürnberg, 's-Hertogenbosch, Budapest, New Haven, Moscow and Sofia) and now two so far this season (Doha and Bucharest).

And on top of that, Halep - currently No.2 on the Road To Singapore leaderboard - will now be within 11 points of Sharapova, currently No.1, in the year-long race to the crown jewel event of the WTA, the BNP Paribas WTA Finals Singapore presented by SC Global, which takes place in October. 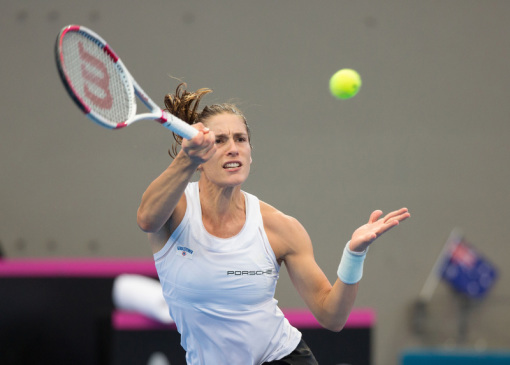 wtatennis.com July 14 2014 Bad Gastein, Austria - Flashback to five years ago - a No.98-ranked up-and-comer who had never even won back-to-back matches at the WTA level stepped onto the clay of picturesque Bad Gastein and found her voice, going all the way to the first WTA title of what would become a fantastic career.

Andrea Petkovic conjured up that 2009 magic at the very same venue this year, though obviously as a top player this time, battling her way to the NÜRNBERGER Gastein Ladies title for a second time.

And there definitely were some major battles throughout the week, starting right out of the gates in the first round. In a rematch of this year's Charleston final, Petkovic saved set points in both sets of a razor-thin 7-6(8), 7-5 win over Jana Cepelova; she also had to go to three long sets in the semifinals against Grace Min, eventually edging past the WTA Rising Star from the United States, 4-6, 6-2, 6-4.

But the No.4-seeded German saved her very best for the final, outdoing another American WTA Rising Star, Shelby Rogers, in a break-filled straight setter in just an hour and 13 minutes, 6-3, 6-3.

Petkovic now has four WTA titles - Bad Gastein in 2009, Strasbourg in 2011, and Charleston and Bad Gastein again this year. This is the first time she has won multiple WTA titles in the same year.